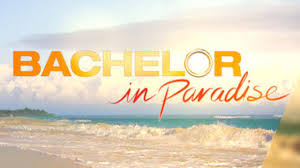 First, let me apologize to anybody I may have offended by referring to Jenna as “Anna” in my last post. Not sure who I was thinking of and clearly, I’m not nearly as taken with Anna, I mean Jenna, as are Benoit and Male Model Jordan (MMJ). Which is exactly where we began tonight: the Benoit-Jenna-MMJ triangle where it appears that MMJ’s part of the triangle is less acute than Benoit’s[1].

Just as Chris the Narcissistic Goose is convincing himself how solid he and Krystal are, in walks Connor’s perfectly coiffed hair and 24-pack of chiseled abs. Krystal says that she came to Paradise hoping to meet him, which ironically makes Chris the NG a third choice given that he was Tia’s second for their hot minute together. Connor likewise came to Paradise hoping to meet Krystal. Krystal, thinking with her head, tells Connor that she is smitten with Chris the NG. But Connor was not to be denied!! [cue Bread Baby I’m a Want You] He asks for a date, anyway, and Krystal finds that Connor’s hair and abs are an irresistible force. A hot date ensues.

And then WHAAAAAAAT???? Out of nowhere, Venmo Johns breaks up with Jubilee as casually as he might have edited out some lines of software code. Just like that, we see her dragging her luggage out of Paradise in a huff. Those of us who thought he should have given his rose to Caroline last week are deeply offended.

And then WHAAAAAAAT???? Out of nowhere, Kenny decides he needs to leave Annaliese and Paradise to attend his daughter’s dance recital. It was a classy exit and a total no-brainer right thing to do but, uh, this wasn’t on his/her calendar? Not a judgement – just a question.

This leaves Annaliese broken-hearted – AGAIN! – but ah, Mr. 60-40 Kamil[2] is already greeting Chris Harrison with date card in hand at the gates of Paradise. After surveying the landscape for his options, he chooses Annaliese pursuant to the will of the producers and to the disappointment of Chelsea. And now we have to endure another one of Annaliese’s zero to one hundred imaginary relationships.

Next up is Kevin. After enduring a painful breakup with Ashley I. off their Winter Games romance, he begins to doubt whether his thing with Astrid is real and suggests – no, he wishes(!) – that she go out with somebody else so she can figure out if her thing for him is a real thing. Awkward. But we learn in a later heart-to-heart that he is clearly vexed by insecurity and expressed that very badly. I’ll give him a pass but I do worry that his fears about their thing lasting outside of Paradise will become a self-fulfilling prophecy.

Not expressing his insecurity badly is MMJ. Mr. Self-Assured is everything but with Jenna [cue My Girl Britney (You Drive Me) Crazy] and the comeback is on!!! Jenna’s head says Benoit because he makes her feel safe. But her heart is drawn to what she can make MMJ feel and she tells Benoit that she’s choosing MMJ. But there is that pesky thing called a Rose Ceremony impending and plenty of time for her ultra-free spirit to keep running free.

The cliffhanger is the Leo (Mr. Hyde)-Kendall-Grocery Store Joe triangle which got uber-complicated when Kevin told Kendall that Leo kissed Chelsea right after his date with Kendall. This sounds straight out of junior high school – welcome to Paradise! – but actually isn’t funny because Leo is a capital D-Bag. He tried to gaslight Kevin about telling Kendall. And then he really tried to gaslight Kendall when she confronted him. The bad guys and their bad behavior need to go.

I guess we have the resolution of the Leo thing to deal with tomorrow night. And maybe more males behaving badly. 😦

Oh, yeah, and a Rose Ceremony where some girls will have the power to untriangulate their triangles. Alas, once again, I’ll be late with the next recap. Stay tuned.

[1] The more acute the angle, the smaller it is, right. I only vaguely remember geometry. Did really like doing proofs, though. 🙂

[2] 60-40 referring to his failed joke when meeting Becca about them having a 60-40 relationship.