A year-end list is a fool’s errand. The mere fact that I feel compelled to do one for public consumption is to give myself a level of self-importance which is completely unjustified.  And you may notice I call my list “favorite” instead of “best”. I believe that music is ultimately too subjective to call something best although the irony of being the guy to scoldingly tell you each season who was best on American Idol is not lost on me.

(Yes, that’s how I introduced last year’s list. Not because I’m lazy but because I couldn’t improve upon it.)

Jungle For Ever. Cool. That’s their genre. Cool. What does this London-based groove band sound like? Whatever “cool” sounds like. By the way, you can catch a snippet of their song Smile in Uber’s commercials. Uber must want to be cool, too.

The War and Treaty Healing Tide. I’ll just repeat what I wrote last year about their debut EP Down to the River: “Lawd. Have. Mercy. The War and Treaty is a married couple singing Americana music that must come from some spot in America where urban meets rural, country meets soul, Saturday night secular meets Sunday morning sacred and Appalachia meets the Mississippi Delta.” There is some very serious hootin’ and hollerin’ on this their first full-length album. Key tracks: Are You Ready to Love Me, All I Wanna Do

Florence and the Machine High as Hope. Florence matches her not-of-this-world, gale-force voice with the voice of experience of someone who’s gone through serious, uh, stuff. Her introspection is our pleasure. Key track: Big God

Kara Marni Love Just Ain’t Enough. I am totally and completely obsessed with this girl. Sir Elton John loves this 20-year old, too, so I feel my obsession with her has royal approval. Already she’s a mature and elegant songwriter with a Tony Braxton-ish voice and a cool modern spin on an 80s-inspired R&B vibe. Check out Golden and All or Nothing . . . and this . . .

Gorgon City Escape. This London duo has the beats. Dark beats. Tropical beats. Funky beats. Disco/house beats. This album is your night at the club in 12 songs. Key Track: Kingdom

Chvrches Love Is Dead. New Wave meets New Age in this Scottish synth-pop band. I like what Rolling Stone said about this album: “It’s partly cloudy music, defined by the way its dreariness balances with the glimmers of light that shine through.” Key tracks: Forever, Heaven/Hell

Robyn Honey. The always rebelling against the pop machine diva returns after an eight-year hiatus with a deeply personal album that is both emotionally sad and aesthetically euphoric at the same time. Think Adele for the dance floor. Key Track: Honey

The score: four (Jungle, Florence and the Machine, Kara Marni, Gorgon City) from London; one (Nao) from England (Nottingham); one from Scotland; one from Sweden (Robyn); one (St. Lucia) from South Africa; one (The War and Treaty) from the US of A. As always, the UK for the win. 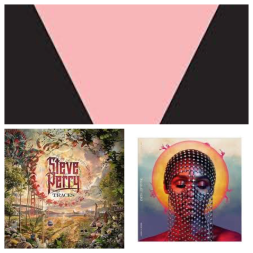 Steve Perry Traces. Journey’s iconic singer and self-described recluse returns to the public eye for the first time in nearly a quarter century and it’s way too personal for me to be objective about this. 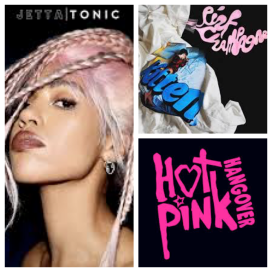 Hot Pink Hangover Wasted; Wasted in Space. Technically, these two EPs came out in 2017 but I discovered this Minneapolis-based indie punk/pop/rock band in 2018.