Take cover, boys and girls! We’re gonna cue up The Gap Band You Dropped A Bomb On Me and put it on auto-repeat. I’ll let you know when it’s safe to come back in for normal viewing, probably shortly after verification that Chris Harrison has retrieved a shell-shocked Colton roaming around the Portuguese countryside.

Bomb #1: Colton drops one on Cassie when he reveals to her that her father withheld his blessing. I think it’s a fair question why Colton didn’t say anything to Cassie during or immediately after the hometown visit and waited until Portugal. In any case, and probably especially since it was the penultimate date, Cassie was thrown for a loop because her dad’s approval clearly means a lot to her and she assumed her parents were on board with a potential engagement.

Bomb #2: Cassie’s dad drops one on Cassie by showing up in Portugal to explain more about his withheld blessing – and by “explain” – I mean talk her out of accepting a proposal. To be fair to him, he sensed her uncertainty along with the rest of us who have seen her inability each week to say the “L” word. In the end, dad makes an already uncertain Cassie even more uncertain. Actually, he makes her more certain in her uncertainty.

Bomb #3: Cassie drops one on Colton (while looking stunning in a sleek, shimmery silver

dress) by sharing that she’s certain she’s uncertain although she’s unsure why she’s not certain if she’ll ever get to certain. All of this uncertainty turns out to be HUGE because . . .

Bomb #4: . . . Colton tells her – and a certainly astonished national TV audience – that CASSIE IS THE ONE!!!! And he is VERY certain about that to the point of his willingness to throw the whole show under the bus by forgoing engagement and waiting and hoping she’ll come around. Instead . . .

Bomb #5: . . . Cassie responds by leaving! Dang, how many we-didn’t-see-that-coming bombs do we have to endure? This, of course, finally leads to Colton’s widely anticipated fence jump and subsequent countryside wandering with him certainly singing: 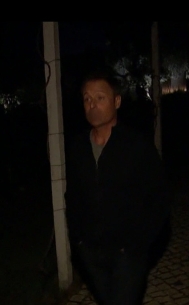 So where does that leave us now? Or more precisely, where does that leave the season’s frontrunner Hannah G. now? And is the logical conclusion that Colton doesn’t get engaged? Or is there some kind of Hallmark movie happy reconciliation awaiting between Colton and Cassie who indeed turned out to be the dark horse? Or . . . are we just being manipulated by crafty editing and a VERY clever storyline by the Evil Genius Producers?

All that can wait. Of more immediate concern is how many more bombs will be thrown tonight in The Women Tell All?

One thought on “He [bleep] Jumped The Fence”