[cue an imaginary cover of Mary MacGregor’s Torn Between Two Lovers redone by Madonna as a dance thumper retitled Torn Between Four Lovers. It will be an imaginary bonus track on her non-imaginary 2005 album Confessions on A Dance Floor; and inexplicably for Madonna, the video won’t be half as steamy as Tyler and Hannah B.’s hometown day]

Hometown Visits invite four families to ask the existential question, “So, you want us to give our blessing for you to marry the guy (or girl) that’s dating three other people?” That we all know that the answer to this question is “Yes” and that we all know how ridiculous this is and that we all still engage (see how I did that?) in the ridiculousness of this process, is, well, ridiculous.

Also, if family mentions of the word “journey” were a drinking game this week, none of us would have made it to the Rose Ceremony. Especially if you had to do double shots when Tyler’s Mom and Dad both used The Bachelor franchise’s favorite word.

Before we get to why this season exists – The Lukeness Monster – let’s briefly recap the Hometown Visits.

I can now finally legit cue up Elton John’s Take Me to the Pilot! Really smooth move by Peter to fly Hannah B. over the Bachelor Mansion. Other than that, all I can remember is Peter’s Dad crying all the time. And My Daughter Cassandra showing me that Bachelor Nation went en masse to the interweb to promote Peter’s brother as the next Bachelor.

Tyler’s day with Hannah B. began with some NC-17 scenes of them on a boat. It ended with an NC-17 scene of them in the back seat of the SUV waiting to whisk Hannah back to her hotel. So if you’re the driver, are you peeking in the rear view mirror? Even if you’re not, you’re certainly hearing what’s happening. Seriously, weren’t we all thinking about the poor driver?!?

And wasn’t it weird that the producers sprung Tyler’s Dad’s illness on us out of nowhere? The skeptic in me thinks they’re trying to manipulate our feelings.

This brings us to the Luke P. Hometown Visit. My Daughter Cassandra says to me, “You should probably get some wine for this.” What are we to think of this? In the Mansion he is the Devil personified. In his hometown, they believe he makes the lame walk, the deaf hear and the blind see. People shout, “Hosanna”, in his midst. Unlike Tyler, he wouldn’t have needed a boat for a date. He would simply grab Hannah B.’s hand and walk her on the water.

The fact that someone has RADICALLY different personalities depending on where they are and who they are with should sound the alarm and by “alarm” I don’t mean potential wedding bells. Yes, we’re all talking to you Hannah B! [cue Beyonce´Ring the Alarm – “And my female intuition, telling me you a dog? People told me ’bout the flames, I couldn’t see through the smoke.”]

Alas, all she gets is confirmation of the good she sees in the Monster. (Anybody else thinking about Beauty and the Beast here, except that she thinks Gaston is the good guy rather than the Beast?) His being the first of the hometown guys to utter the L word only deepens Hannah B.’s unfortunate attraction. [cue Lady Gaga Bad Romance]

Jed. Dang. His family is not about this Bachelorette life. [cue Amaranthe Drop Dead Cynical]

And then The Non-Decision Decision. After quickly giving roses to Peter the Pilot and Tyler, Hannah B. loses it, prompting My Daughter Cassandra to ask, “How many times has Chris had to intervene because she’s so emotional?”

The Non-Decision Decision needs to be discussed. I know it was set up to appear to be Jed vs. The St. Lukeness Monster and Jed certainly thought so. But I feel like the source of indecision was about two categories: CERTAIN – Take Me to the Pilot Peter and Tyler – versus UNCERTAIN – Jed and St. Lukeness.

Hannah B. genuinely cares for all four guys. She had no reservations about proceeding with two of them. But with Jed, while her feelings are there, the family really threw her for a loop. And with St. Lukeness, she’s not where his feelings are but really wants time for her feelings to get there. When she said to Chris Harrison, “I’m gonna close a door on a relationship that’s not done . . . and I don’t wanna do that . . . I don’t know what to do”, I believe she was talking about both of the UNCERTAINS.

This not only gave us a false showdown, it also gave us another reminder of the battle that is the guys versus The Lukeness Monster as the guys chose to empathize with Jed during Hannah B.’s time of indecision.

So now we have four Fantasy Suites and hopefully the blowup between Hannah B. and St. Luke that we’ve seen previews of all season. I couldn’t care less about the former but I’m here for the latter. Which probably guarantees it will be disappointing.

[Cue bonus track – Check out Rachel Lindsey recently in the role of substitute host – as she does periodically – of a popular ESPN morning show. She’s really good at it.] 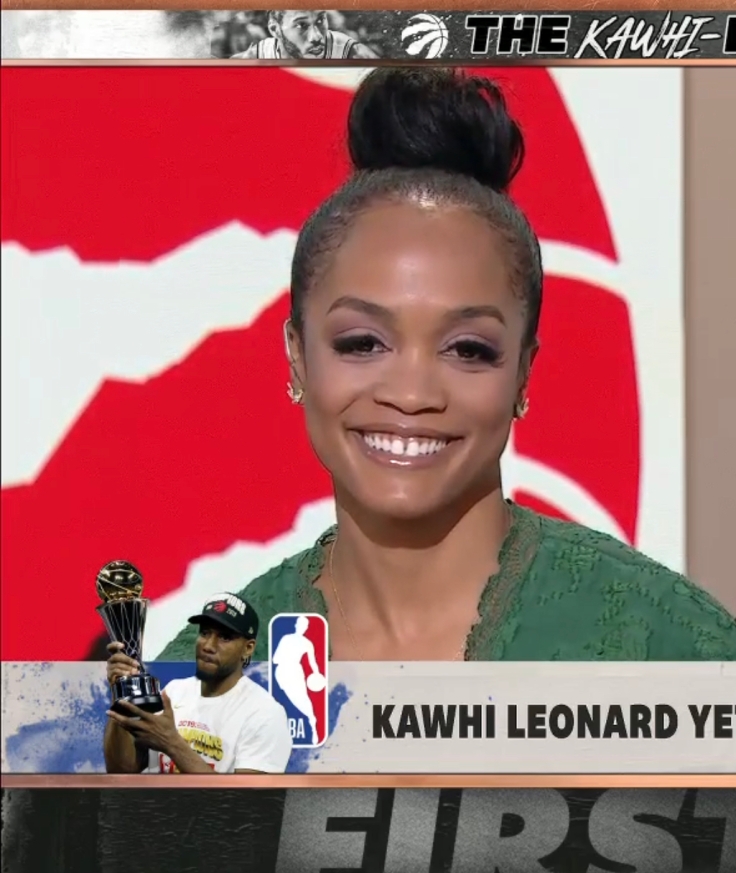 One thought on “The Monster or The Musician?”