“I’m sorry for your loss, Dad.” [cue The Love I Lost by Harold Melvin and the Blue Notes]

I appreciated my daughter’s heartfelt sentiments. Indeed, I was more than momentarily dazed by the demise of Demi the Dastardly Diva. I was also stunned by how it seemed to come out of nowhere in spite of knowing that the expiration date of villainesses rarely goes past Episode 6. In retrospect, her getting punched in the face on the group date was foreshadowing I should have paid more attention to.

I will miss her and her cockiness, annoying voice, naive lack of self-awareness and wolf in sheep’s clothing cuteness. And she has to be a shoo-in for Paradise this summer but I can do without the phone calls to her recently unimprisoned mom. I liked her well enough without the ploys for sympathy.

Conflicts – internal and between the girls – marked this week’s show. It stands to reason that when the number of girls is decreasing, the amount of jealousy, animosity and spitefulness per girl is increasing. Getting a 1-on-1 date is everything and not getting that date inspires both considerable degrees of introspective self-loathing and remonstrations about the girls who get one. NBA Dancer Girl Sydney was especially aggrieved.

Last week’s cliffhanger conflict between Onyeka and Nicole had accusations (Onyeka) and tears (Nicole) flying at the cocktail party. Mercifully, Colton resolved that by sending them both home roseless. Sydney could no longer manage her inner and outer conflicts and chose to resolve them by deciding to go home but also made sure to tell Colton that some girls weren’t ready for marriage. Likewise, Katie had a similar parting shot about some girls “not ready in there” in her last words to Colton after not getting a rose. Colton was so rocked by the possibility that there still may be girls remaining who aren’t there for the right reasons, that he wondered aloud, “Am I f-bleeping missing something?”

Perhaps he was referring to f-bleeping missing the fact that when women are literally fighting for him – as in the martial arts group date – something could go badly wrong. Whose idea of fun is to see women throwing hands at each other? Even with protective headwear, Demi the Dastardly Diva got mashed in the face. For her part, she’s way better at trash talk that the art of self-defense. On the other hand, The Other Hannah was inspired to go full beast mode in showing off her fighting skills during the group date AND the cocktail party which made her personality even less attractive to me.

A final conflict worth noting was Caelyn, ahem, THE BEAUTY QUEEN saying that The Right Hannah was shallow and had to . . . wait for it . . . rely on her beauty her entire life!  Uh, what the f-bleep?

As for real dates, there were two of the fiercely desired 1-on-1’s. Kirpa got one. She’s 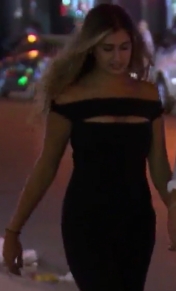 much cuter than I remembered which is mostly because we haven’t seen anything of her besides the bandage on her chin last week. Has she actually been on all year? Why have the producers kept her from us? And she was engaged for eight years!? And it took that long to decide he wasn’t the right guy but now she’s certain she can find the right guy who’s dating other women on an eight week show? And what was the bandage on her chin about? I’m really confused. Colton seems to like her probably because she was cuter than he remembered, too. Great outfit by the way.

But let us not get distracted by anybody or anything that would detract from the spell in which Colton is being held by The Right Hannah who got the other cherished 1-on-1. 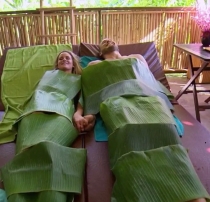 [cue The Turtles Happy Together]

Hometown visits are around the corner and you know it’s getting serious because the previews show everybody crying and Colton jumping a fence to escape. I can’t wait. We march on to the drumbeat leading us to a final showdown between The Right Hannah and somebody else – I’m starting to feel like it’s Cassie.

Until the next time.