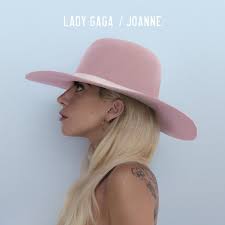 Back in 2008 before the world knew it was supposed to be paying attention, I was telling the world it needed to pay attention to what I believed was the next big thing in pop music – Lady Gaga. Subsequent events have proved that I had that one totally right. (I should also point out that in the same year My Daughter Diandra was telling the world that it needed to pay attention to some teenage girl named Adele. Pretty good call there, too.)

What I heard back then was a bigger and brasher type of pop that was fueled by rock-and-roll and disco, and thus would appeal to a wide audience. This potent combo of power pop, rock and dance climaxed with 2009’s Born This Way (especially the deluxe version) and imploded to some degree with 2011’s Art Pop which was a classic case of a reach outside of Gaga’s grasp (still an interesting album, though).

This brings us to Joanne, which isn’t so much a return to form as it is Gaga creating a new form for her. It’s a sound that strips out the pop and dance elements and leaves us with, yes, a rock album, one that would sound comfortable being listened to alongside albums like early-70s Elton John or Carole King’s Tapestry­ – except for Joanne’s modern production bells and whistles.

Yes, this is royal company to be sure and Joanne isn’t (quite) in that league. But it doesn’t seem that was the goal. What it feels to me that Gaga is trying to do (allow me to be as pretentious as I wanna be) is to devote herself to a sound and style of songs similar to You and I from the Born This Way album, a song that would have been a hit for somebody like Carole King, Elton John or Billy Joel back in the early 70s. It’s a style that she’s talented enough to pull off and the result sounds a lot more sincere and a lot less contrived than Art Pop.

It’s always fun to see what artists with enough artistic freedom and talent do with those resources. The outcome doesn’t always produce their best work. But it does make their whole body of work that much more compelling. In the case of Joanne, I find the combo of early 70s soft-rock and modern production very engaging.

Check out: Million Reasons – my favorite despite it sounding kind of country; and A-Yo – a bouncy bit of Billy Joel-esque pop-rock.