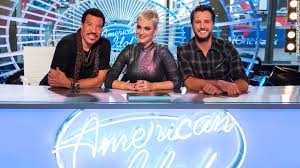 Cognitive dissonance: mental stress or discomfort experienced by an individual who holds two or more contradictory beliefs, ideas or values at the same time. 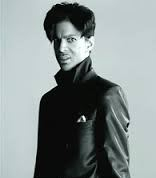 When I first heard the rumor – eventually confirmed by Ryan on Sunday – that songs of Prince would be the next theme on Idol, my first reaction was to scream “NOOOOOOO!!!” . . . because I’m SOOOOO particular about who I will allow to sing Prince’s songs . . . and because he wouldn’t have OK’d this . . . and they will sing them lame (“lamely?”) . . . and fifty-leven other reasons too deeply personal to articulate. Prince songs on Idol is yet another personal battle in what will be a lifelong series of protectionist battles over Prince’s legacy that I will fight[1].

But . . . THIS is American Idol. And Prince is one of the quintessential American songwriters whose work is recognized and revered across generations. He wrote so many great songs for other artists[2]. And he was a great mentor and supporter of a long list of (usually female) talents who always spoke fondly of him for that. For example, when Judith Hill was shockingly voted off The Voice he simply recorded and released her album himself. In so many ways, an Idol theme devoted to his music fits Prince.

And thinking back to the Motown themes from past Idol seasons, part of the “fun” was my outrage at horrifyingly bad performances that were bereft of any sense of a song’s context and history. In a way, bad performances justify my sense of protectiveness and self-righteousness – “See, they can’t do this!” But the B-side of that fun was the unexpected surprise of somebody actually pulling it off, like when Adam Lambert got a standing ovation from Smokey Robinson for his rendition of Smoke’s Tracks of My Tears on Motown Week (Google it). Maybe one or more of the seven remaining Idolists will come up with a performance worthy of the Purple One’s regal Princeliness.

But I’m not counting on it.

And I’m still very conflicted about it.

And here’s what each Idolist is going to sing along with my conflictedly critical musings.

Maddie Nothing Compares 2 U That was actually my pick for her given that she had already done a fabulous performance of The Bangles Manic Monday (yeah, Prince wrote that).

Gabby How Come U Don’t Call Me Anymore. I’m not sure about this. This is a straight-up R&B song. I would have loved to hear her rock out to Stevie Nicks’ Stand Back (yeah, Prince wrote that, too). Or Purple Rain – I saw a documentary on Prince where Parliament/Funkadelic legend George Clinton said, “Purple Rain is as country as hell”.

Michael J I Would Die 4 U This could be interesting. I’ll be curious to see what he does with the tempo. He hasn’t done anything upbeat yet, which makes me wonder if he’ll slow it down which could be cool. I was thinking of Starfish and Coffee, a song that seems to fit his goofy (in a good way) personality; or slower songs like Nothing Compares 2 U[3]; or How Come U Don’t Call Me Anymore which Gabby has claimed.

Jurnee Kiss. I’m curious to see if she can pull this off as this song is more about attitude than vocal performance, although it has that, too. Will she do it in falsetto like the original or full voice like the fabulous Tom Jones cover version (which is also full of attitude)[4]? I would have preferred she do Diamonds and Pearls which is a perfect ballad to show off the beautiful tone in her voice.

Catie – Manic Monday. This will suffer by comparison to Maddie’s excellent version a few weeks ago. Catie’s got the voice for Sheila E’s The Glamorous Life (written by Prince) and it’s (along with Manic Monday) one of the few Prince songs on which Catie could sound authentic.

Cade – Jungle Love. Is he planning to change this up? If not, I can’t imagine this going well. There was only way for him to go – the slow version of Let’s Go Crazy that Prince did with his last band, the all-female 3rd Eye Blind.

Caleb –  When Doves Cry. Vocally and style-wise, he is a misfit for Prince songs and this is a strange song choice for a deep-voiced country singer – a song with just a drumbeat and electric keyboard. No guitar, no bass. Why not Purple Rain? Or Little Red Corvette since country artists like to sing about their cars and this song could be easily country-fied.

All of these should be, uh, interesting. And for me, very conflicting. Expect the Missing Mean judge to be very biased and very critical.

In addition to these songs, the Idolists will also sing a song from the year they were born. This should allow opportunities to redeem themselves from what are likely to be challenging performances of the Prince songs. Maybe this will provide the Missing Mean judge an opportunity be kinder and gentler. But probably not. 🙂

P.S. This blog’s title is a (clever) reference to the Prince song It’s Gonna Be a Beautiful Night from the album Sign O’ The Times.

[1] Like that fake duet Justin Timberlake did “with Prince” via video at the Super Bowl. I was so angry because Prince would have opposed that.

2 thoughts on “It’s Gonna Be A (not-so?) Beautiful Prince Night”