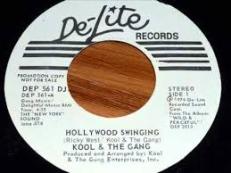 So here I am
In this Hollywood city
The city of the stars, movies, women and cars
Well I guess I
I guess I
Star[1]

While I enjoy the drama that goes with Group Round of Hollywood Week which cuts the group approximately in half (175 to 98 this season), my favorite time, more often than not, in Hollywood is the Solo Round. The Idolists are playing with a band for the first time and for many of them, it’s their first attempt at being what they aspired to be when they first dreamed of becoming a professional artist. It’s the time to see who‘s prepared for the moment. My simple criterion is this: can I picture them in the final group?

I also love the drama of the end of the Solo Round which divides the Idolists into the three rooms – two rooms continuing on; one room going home. The clips of past winners like Kelly, Carrie, Fantasia, Scotty McCreery and David Cook waiting in their rooms were fun to see – so many memories. This season, I’m happy to say, the judges got it right in terms of cutting the group down to the forty contestants – and by “right”, I mean that all the Idolists who met my “can they get to the final group” criterion are off to Hawaii for the next round.

And here’s who met my stringent standard:

[Is it odd that after all these seasons, there hasn’t been a marriage proposal on Idol? Or is it that I’m so into The Bachelor franchise that I expect them to happen everywhere? And speaking of which, it’s funny to see Bobby Bones playing the Counselor Chris Harrison role on Idol this season. Alright, back to regularly scheduled musings.]

As the show moves next week to cut these forty down to twenty[3], I still have the feeling there are a few surprisingly good Idolists the producers haven’t showed us. Given the talent we’ve seen so far, I’m really looking forward to seeing who shows us their A-game in Hawaii.

P.S. I am feeling better tonight and with less things going on in my head to impede my enjoyment of music, tonight’s blog was brought to you by the 1961 jazz classic Further Definition by Benny Carter and His Orchestra.

[3] For the math or process inclined: 175 got Golden Tickets. 98 survived Hollywood Week Round One which ended with Group Round. Those 98 performed with the band and got cut down to 40 using The Three Rooms. Got it?