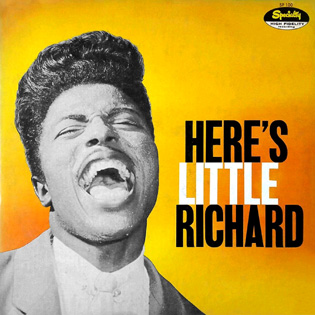 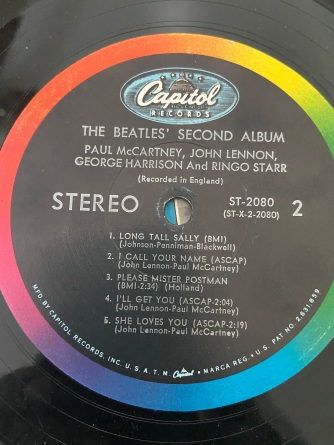 When it came to Long Tall Sally, I noticed someone named Penniman and would eventually come to find out who that was. And no disrespect to Sir Paul and the boys but my immediate reaction the first time I saw Little Richard sing that was, “OMG[1], so that’s what that song is supposed to sound like. I’ll take more, please”.

“More” was discovering an incredible run of Top Ten hits from October, 1955 to May 1958 at a time, mind you, when black artists had difficulty getting airplay (don’t even get me started on Pat Boone aggressiously getting famous off Little Richard hits):

Are you kidding me? Are you freaking kidding me? This is an archeological dig of the freaking history of rock and roll!!!

Oh, and he just missed the Top Forty (#42) in 1986 with Great Gosh A’Mighty! (It’s a Matter of Time) that he co-wrote with Billy Preston for the movie Down and Out in Beverly Hills starring Nick Nolte, Bette Midler and Richard Dreyfuss.

For me, he was Prince before Prince. Little Richard wasn’t merely a person or a performer. He was an essence. A cosmic entity. Whether he was singing Long Tall Sally and Tutti Frutti in a movie (Don’t Knock the Rock); on TV singing a rollicking Rubber Duckie (Sesame Street); performing live or being interviewed, you didn’t see Little Richard. You saw, you felt, you experienced a dynamism, a vibrant force, a manifestation of something that can only be described as Little Richardness.

One of the treasured parts of my music collection is the 2012 digitally re-mastered re-release[2] of his debut album Here’s Little Richard which sits at #50 in Rolling Stone’s 500 Greatest Albums of All Time. It’s 28-and-a-half minutes of ripping, rapturous rock and roll righteousness. I’m looking forward to spending some quality time with it soon.

[1] Or whatever served as OMG back then.

[2] Including three bonus tracks plus demos, outtakes and alternate takes.