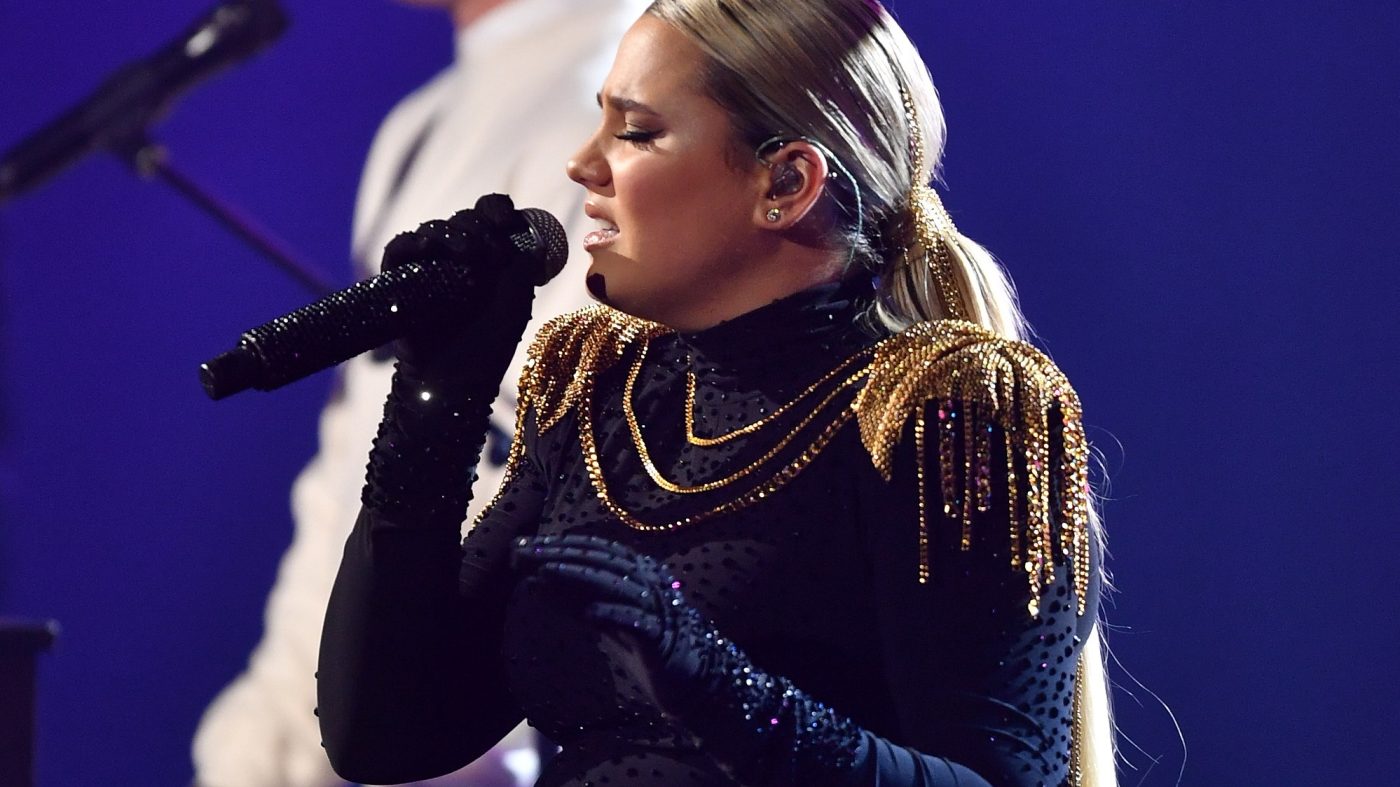 In a breaking news story that we continue to follow, Ray’s Musings has discovered that the Country Music Awards was televised Wednesday night for the 53rd time in their 54-year history. Personally, I have watched the show, uh . . . hmmmm . . . let’s see . . . uh . . . never. Yep. That’s right. Exactly zero times. Nada. Zilch.

OK, I didn’t really watch it this year, either. I did catch Gabby Barrett’s performance (see below) in real time. In truth, it’s implausible to think that I would actually sit through all three hours of this, just as it’s implausible to think I can get through the first fifteen seconds of a John Denver or Travis Tritt song, although to be honest I wouldn’t even know that it was Travis Tritt singing.[1] I have confessed to a friend, though, that in the rare – and brief – moments when I find myself listening to Country music, it’s almost always a female singer (as you will see below).

But My Daughter Diandra (MDD) for reasons beyond my comprehension listens to this stuff and as with all the other normal music awards shows, she cares about who’s performing[2], so she was watching with rapt attention to see her favorites. And whatever music either of my daughters listen to, they both have an ear out for things they know their Dad would like. So in a gracious act of She Watched So I Didn’t Have To, MDD gave me a list of things to fast forward to on the DVR.

The American Idolists Lauren Alaina and Gabby Barrett. I love seeing Idolists achieve success after Idol. My Girl Lauren was a presenter giving out the award for Vocal Group of the Year. She’s had consistent country radio airplay since finishing 2nd (and achieving My Girl status) on Idol in 2011, including a country radio #1 hit with The Road Less Traveled that also hit #8 on the Billboard Hot 100.

Gabby, who finished 3rd on Idol’s Season 16 reboot in 2018, has seen her career blow up in a good way since then. She was up for the New Artist of the Year[3] award and performed her big hit I Hope alongside Charlie Puth. The performance would have been better without him. Since I like charts and numbers and stuff, I’ll tell you that I Hope got to #1 on the Country charts and #5 on the Billboard Hot 100. The video has 72 million YouTube views and won the Country Music Television Award for Breakthrough Video.

I discovered Ingrid Andress via a text from my friend Zarni de Vette who is a talented singer/songwriter in Nashville[4]. Ingrid performed her breakout hit (and the song Zarni told me about) More Hearts Than Mine with such emotion that she was in tears by the end of the song. It was a lovely and endearing moment.

Reba’s performance of In the Ghetto with Hootie[5] was pure magic.

Chris Stapleton is the rare male country singer I can bear and I listen to his gravelly voice enough that his new song Starting Over showed up in my Spotify Release Radar recently. I enjoyed his duet performance of that song with his wife.

Which brings me to Maren Morris. In her third award speech of the night, Maren gave an emotional shout-out to several Black female country singers, who she (quite correctly) feels haven’t been recognized for their contributions in the Country music genre.

“There are some names in my mind that I want to give recognition to because I’m just a fan of their music, and they are country as it gets. And I just want them all to know how much we love them back,” Morris said, encouraging everyone to check out their music. “Linda Martell, Yola, Mickey Guyton, Rissi Palmer, Brittney Spencer, Rhiannon Giddens: There are so many amazing Black women that pioneered and continue to pioneer this genre. … You’ve made this genre so beautiful, and I want you to know that we see you. Thank you for making me so inspired as a singer.”

On a personal note, I met Rissi Palmer when she sang at my friend (and fellow music geek) Wil’s wedding. Wil was kind enough to seat us near each other at the reception knowing that we’d hit it off. She is as delightful a person as she is a talented singer. Thanks, Wil.[6]

There. I did it. I wrote over 800 words about Country music. I need to go and listen to Kylie Minogue’s hot new album Disco to re-purify my mind and soul.

[1] That said, ever being the music historian, I thoroughly enjoyed Ken Burn’s Country documentary series.

[2] She used to dress up to watch The Grammys.

[3] Losing to Morgan Wallen whose work I am completely unfamiliar with. I’ve never even heard of them before.

And here’s a Zarni co-write for Britty, a Canadian singer. https://open.spotify.com/track/5i4L1xFAngy5WbEKUMx5aI?si=11eIvUijS9-HapCs23Ktog

[5] Darius Rucker will always be Hootie to me.

[6] And thanks for letting me have some of the leftover bottles of King Family Vineyard Meritage wine that you wanted to go to a good home. 🙂