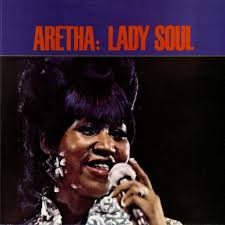 Most people probably came to Aretha in the spring of 1967 when Respect hit the airwaves. Even more came the next year when Think was released. I arrived in between those moments with Chain of Fools. 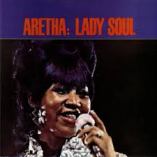 I grew up in a house where music was central. First and foremost, there was the sound of my mom’s big voice resounding throughout the day. And then there was my parent’s collection of jazz, classical, pop and R&B records that broadened my musical horizons far beyond the Top 40 radio hits. In that collection, one record was in heavy rotation: Aretha’s Lady Soul.

Of course, I knew about Respect which was inescapable. However, its theme of female and racial empowerment were lost on such a young boy as myself at that time. What wasn’t lost on me was the force of nature voice behind that song, a voice about which Michael Eric Dyson said, “Could trap lightning in her mouth at a moment’s notice and shout down fire to earth. Just the mention of Aretha Franklin’s name conjured transcendent sonic fury.”[1] I really liked the repeated “sock-it-to-me”, too. 🙂

But Chain of Fools. Where Respect was all about that transcendent fury coming down from the heavens, Chain was hot steam slowly oozing out of a swampy bog. And yet no matter how mesmerized I was by that song, I was also anticipating what I knew was to come, songs like People Get Ready, Niki Hoeky, (You Make Me Feel Like) A Natural Woman, (Sweet Sweet Baby) Since You Been Gone, Groovin’, and finally ending with Ain’t No Way. I couldn’t hear the Lady Soul album enough.

Mom would play other Aretha albums, too. Aretha Now came out after Lady Soul and had Think, I Say a Little Prayer, See Saw, Night Time Is the Right Time, and You Send Me on the first side of the album. That was killer. And Aretha’s Gold had all the hits and added The House That Jack Built. But I still found myself always being drawn back to Lady Soul.

The hits would continue with Top 40s in the 60s, 70s, 80s and 90s. She was the first female inducted into the Rock & Roll Hall of Fame in 1987. She was given The Kennedy Center Honor in 1994. And after already having won 15 GRAMMYs, Aretha won the GRAMMY Legend Award in 1991 and the GRAMMY Lifetime Achievement Award in 1993. Typically, such inductions, honors and awards are meant as career capstones. Not for Aretha. She went on to win GRAMMYs in 2003, 2005 and 2007.

In her later years, stars flocked to The Queen as she had hit duets with current stars George Michael, Luther Vandross and Eurythmics. MTV created a show Divas that celebrated her with the biggest female stars: Celine Dion, Shania Twain, Mariah Carey, and Gloria Estefan. Her last GRAMMY was for a duet with Mary J. Blige.

Watching the news after her passing, I heard the clips of Respect and Think and Natural Woman and, of course that remarkable moment when she subbed for Pavarotti at the last minute at the GRAMMY Awards. I was only half-listening each time because my mind always went back to hearing . . .

The Queen is dead. Long live The Queen.